Bloodstone is a variety of chalcedony, which simply means that the crystalline structure is so small that it cannot be seen through naked eyes. Moreover, there are two varieties of Bloodstone, one is the Heliotrope with red spots, which is the most common one, and the other is the Plasma, which is dark green with little or no spots of red in it.

Bloodstone is regarded as the birthstone of people who are born in June.

Where is Bloodstone found?

The primary and major source of Bloodstone is India. Other than India, it is found in United States, Czech Republic, Germany, China, Scotland, Brazil, and Australia.

The healing properties of Bloodstone are:

The energy of Bloodstone is believed to empower certain micro-organisms in the bloodstream that are vital for enhancing and strengthening immunity in a person. In ancient times, Bloodstone was largely used as a cure for treating the person from venomous bites. It is also believed to aid blood circulation and helps in stopping bleeding especially nasal bleeding in summers.

In India, powdered Bloodstone Silver Jewelry is used on a large basis.

Bloodstone, other than enhancing immunity, also helps in treating anaemia, menstrual and menopausal symptoms. It detoxifies the body and strengthens the kidney, lungs, liver, intestine, and bone marrow.

It invigorates the lymphatic system as well, which leads to healing of the inflammations and infections fast. Bloodstone is also helpful in minimising pus formation and neutralising toxicities in the body.

Bloodstone is believed to be an effective energy booster, which improves the life-force and adds longevity. It is also regarded as an effective stone that helps in healing emotional troubles thereby alleviating a broken heart.

Bloodstones are also acknowledged as the stones of bravery and courage. It advances the physical strength, augments self-confidence and self-esteem, and calms apprehension. It stimulates love and compassion for the family and enriches affluence by proving success in legal and financial matters.

Bloodstone is believed to be the enhancer of ingenuity, creativity, and instinct.  It staves off the negative energy from the environment, which aids in the overcoming factors that increase stress and tension. Bloodstone revitalizes the mind and body by enhancing decision-making power, eliminating confusion, and offering the power to avoid harmful situations. Bloodstone is also regarded as the stone that can minimize aggression, petulance, and impatience in a human being.  It promotes selflessness and idealism.

The stone of courage and freedom, Bloodstone embodies an altruistic character and sacrifice. It brings one’s true spiritual energy in everyday life in a real and grounded way. Bloodstone is considered to be the stone of religion, mysticism, intuition, and insight.

The soul is protected and grounded by Bloodstone on various levels by increasing the intuitive power, dispelling mental confusion, and keeping away the negativities. It allows one to live and be in the spiritual realm of the patterns by ancestors as it cleans and unblocks the ancestral line. Bloodstone provides one to live happily in the present unruffled by the deeds of the past.

Bloodstone is largely associated with heart and root chakra. The balanced heart chakra provides harmony and mutual respect amongst relationships. It lets the wearer behave and treat everyone with love and compassion.

When the heart chakra is blocked by some negative energy, it instills the feeling of being controlled in a relationship. It enhances one’s dependency on others and surrounds one with the feeling of sadness and helplessness.

The root or base chakra, on the other hand, is the abode of life energy known as Kundalini. The base chakra is also is the surviving area of the body. When blocked, it manifests symptoms, like fatigue, lethargy, inactivity, and tiredness.

Some facts about Bloodstone

The chemical components of Bloodstone contain Silicon Dioxide, and its hardness on Moh’s scale is about 6.5 to 7. Sometimes as a trade name, Bloodstone is also referred to as “Blood Jasper”.

Bloodstone is an inexpensive and very common stone and is often used in making jewellery and beads. This stone must be protected from sharp blows, high temperatures, scratches, and harsh chemicals.

Bloodstone at a Glance

The bloodstone appears to be dark green in color with some red spots. 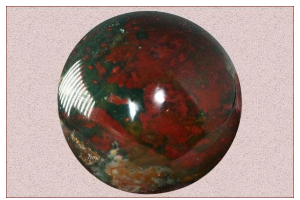 Bloodstone too known as Heliotrope is a variation of gemstone that reveals its bluish green or dark green in hue with the...

An angel of compassion, Raphael brings warmth in the... 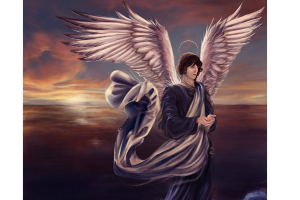 The potent energies of this beautiful god’s angel, root out the pain of the physical and...

Difficulty in Absorption of nutrients trust the 7... 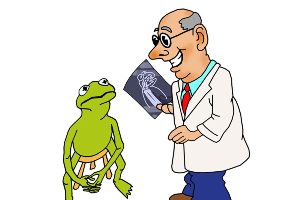 The energies of the stones at times does not let the situation come where the need of doctors arises.


Ilina
Thanks for the tips for identifying a real Bloodstone piece. I was also searching for some tips like these. Thanks Jewelexi.
Reply on 5/11/14

Jewelexi
Hello Ilina, we think you have found this article quite useful for you. Thanks for appreciation and in case any query related to any gemstone you may mail us at social@jewelexi.com. We will feel please to sort it.
Reply on 12/11/14

Silky
Bloodstone is the best talisman for the Arians and March born beings. I am also March born. Should I try it out? Please suggest as I am quite confused. Apart from this the information you are providing is apt and useful. Thanks for Sharing.
Reply on 22/11/14
Jewelexi
yes...if you are March born then there is no problem..go ahead..tune it and enjoy its powers and benefits..Best of Luck!!
Reply on 10/4/15
John
I have tuned Bloodstone from one year and i have found it beneficial for me. Actually my astrologer recommended me...you may also do that...and yes why don't you post your birth date to Jewelexi...let me explain you...Jewelexi has launched a new section named "Ask Mittens" where you may ask free questions and its experts revert back...so here you may ask your suitable gemstone...best of luck..!!
Reply on 12/5/15
Silky
Thanks all for your ideas, i will try this, actually bloodstone gemstone seems to be suitable for me. So, to get clearer about this I will ask Jewelexi on Ask Mittens page.
Reply on 9/6/15

Jackson
I would like to share some good facts about bloodstone as I am using this for the last one year the vibration of this stone has aid me to dissipate any confusion, and assist me to become more peaceful and serene.
Reply on 6/7/15

Daithi
Hey!! Sylvester.. i need good advice on this stone.. would you please help me?? i want to know that is really bloodstone improves self esteem..??
Reply on 5/10/15

belam
Hello! daithi i think you should ask miss mittens about this question. Its a free astrology site that helps and gives proper advice on each thing.

Alexandra
hey guys! i wanna share something with you all.. I have tumor yes! its true and i'm so alone i mean like i'm dead from now. This is killing me from inside.
Somebody please help?? and advice do this stone helps in adding longevity in life?
Reply on 23/12/15

Mary
Your blog about the bloodstone helps me a lot in getting knowledge about it. Thanks for sharing.
Reply on 18/6/19

Ralph
I like the way you cover every point about all the healing stones. It becomes easy for all to getting knowledge of this beautiful stone.
Reply on 8/8/19

daina
Very beautiful collection love it so much.
Reply on 26/9/19

hazel
The jewelry collection of yours is extremely eye catching and beautiful...Thank you gemexi
Reply on 21/11/19