The base chakra often regarded as the base chakra of the torso is situated at the foot of the spine and contains the potential to hold the power for kinesthetic feeling and motion. Admired to control the free flow of energies, Root Chakra since ages speculated as the foundation of the physical and spiritual energy for the body. Believed to fuse vigor as well as equilibrate the emotions of the soul with that of the surrounding, Base chakra evokes enthusiasm to lead the moments of life joyously. When the base chakra of the person is out-of-balance, then the soul will feel lethargic, low and do not wish to take part in the physical activities. Further, face the lack of interest in addition to the enthusiasm that on the other hand lowers the morale due to which he requires constant stimulation in order to live in this competitive world. The off-balance chakra with unaligned forces evinces the weaker self of the person emotionally, physically as well as intellectually. On the physical ground, an individual with unstable energies of the Root chakra faces the lower back pain and will too suffer the leg pain along with the disorder of the immune system. Aside from the physical issues, the person with distressed Root chakra too experiences the scourged power spiritual understanding. The person with unstable or debruise base chakra undergo affliction and discomfort this cause the vacillating feeling. Furthermore, the soul will too find self-disconnected from the reality of the world. He will see self as a distant and fickle soul, who doubts his beliefs. An individual with off track chakra will too find trouble in his career life as he becomes disloyal to his organization as well as with the long-term associates. He wishes to seek contentment and joy of life from the physical pleasures.

Thus, to control as well as align the free flowing energies of the root chakra the potency of red, brown or black color is required. The best remedy would be using the gemstones of the colors stated. The potent vibes of red, black or brown hues will not only restore the lost vitality and confidence but too help to equilibrate the Base chakra of the body.

The red ray of Jasper influences the vitality of the soul as well as balance the off-putting energies of the base chakra. In Feng shui, Jasper is advised to keep in the south area of the home as it brings the name, fame, and reputation. Further, used to evoke the sacred power with the augmented spiritual energies. A seeker and a transformer gemstone, Jasper is a talisman that helps to transform the life for attracting the positive moments. As a seeker, the potent red hues of the Jasper helps the wearing soul to find the new path that leads to success as well as use the new approach to gain prosperity and solve the troubles of life. Read More

A pinkish hued crystal, Morganite magnetize the love into the life of a wearing soul as well as preserve the feeling of care to let it grow gradually with time. The pink tones of the stone hold a cusp of the red energies, thus assessed to balance the off-balance root chakra of the body. The pink reverberating vibes of this alluring gemstone encourages the warm actions and enhance the sense of responsibility. Acknowledged s the crystal of heart, in general, it deepens the relationship and love for the romantic mate. Read More

A stone that maintains equilibrium within the emotional heart and intellectual brain, Pink Mango Calcite is predisposed to heal the wounded heart and allows to let go the past upsetting moments of life. A crystal that holds a soothing pink vibe acts as a seeker along with a builder. Pink Mango Calcite helps the wearing individual to focus on efforts to accomplish the task and attain the desired goal. The energies of this enthralling gem make the wearer active and confident that in turn helps to find the perfect life partner and make the future secure. It aligns the energies of the base chakra, thus assessed to soothe the physical and emotional troubles. Read More 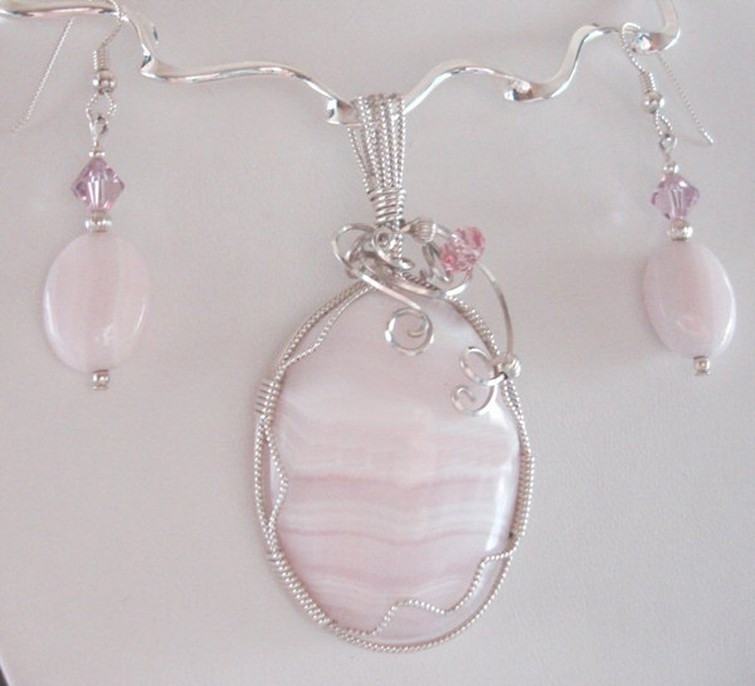 The darker pink tone of the Rose Quartz makes it a gem of love and devotion. Often acknowledged as a commitment crystal, it honors the goddesses of love. A natural birthstone of mid-autumn, it brings love, new romance and the new relationship in life. The strong color energies of the stone enhance the feminine aspects of a soul such as determination, commitment, and care. It aligns the off track energies of the base chakra, as the darker pink hue of the stone inclines more towards the red color. Read More

A balancing and also regarded as a meditation stone, Heulandite recenters the energies of the soul after too much vulnerability to powerful Yang environments. Heulandite is frequently known as the Guardian Filter, thus, the potent vibes of this gem nugget guard the inner soul against the off-putting energies of the surrounding. It filters the negative energy and act as a barrier against the evil, to be more precise it realigns the distracted vibes of the Root chakra and make the soul confident and physically fit. It too enhances the personal strength along with the physical vitality to make the upsetting heart and mind calm. The pink hues of the stone Heulandite since ages contemplated as the natural birthstone of people born in mid-Autumn, i.e., (22 October to 20 November). In ancient past, it is used to communicate with the cosmic powers and worship the Nisaba, the Goddess of the Summerian Knowledge. The red and pink tone of the Heulandite is associated with the Base Chakra of the torso that is located at the base of the spine. It too makes the soul physically, emotionally and intellectually sound, thus advised to keep in the Southwest area of a room. 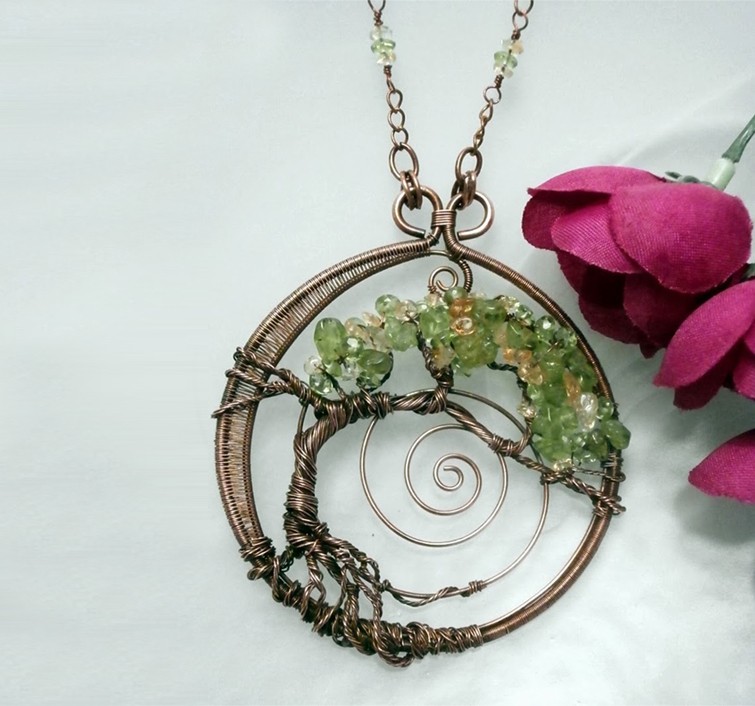 A beautiful gemstone, Rhodonite holds the potential to deal with the broken heart as well as the out-of-balance Base Chakra. It too serves as an amulet and shield the body from the protection against diseases. The reverberating energies of the stone protect the soul from harmful energies of the surrounding. In Feng Shui, it is kept in the kitchen and dining areas of the house to balance the aura as well as equilibrate the free energy. A barrier and as a harmonizer gemstone, Rhodonite root out the negativity from the inner soul and attracts the positive vibes from the surroundings. It serves to focus on the Universal Life Force energies to energize self as well as stimulate the area the person exists in. The scarlet color of this mesmerizing gem nugget is the color of success that proffers out a ray to achieve a path of opulence. Read More

The charismatic red hues of the stone, Garnet not only enhance the potency and skill, but too brings joy in life. The revitalizing red tone of the gems balances the free energies of the base chakra and align them to maintain an equilibrium within the environment as well as the overall body. Generally regarded as a gemstone for multitudes born under the sun sign Aquarius, but can be effective for other sun sign people too. On wearing it, a person can enter into a commitment, a committed relationship as well as become more understanding. Often speculated as an enhancer, it too acts as a strengthening gemstone. Further, its resonating energies also bring the internal harmony. Acknowledged as the building block of the overall torso, the red hues of the stone helps to focus on the efforts to boost up the chances of success. Read More

The combination of crimson and orange color, Almandite is a stone that is connected with the base chakra of the human body. The energies of the stone balance the out-of-balance chakra and make the soul emotionally, intellectually and physically balanced. Almandine too helps in triggering the Kundalini energy that lies at the base of this chakra. The steady vibes of Almandine keep the Kundalini energy, clean as well as grounded. It also helps the couples to support each other and respect each other’s values and desires. Read More

Star Ruby is speculated as a gem that’s healing potential recharges the energy level of the soul. It brings positivity in life along with the positive emotions. In the mental torso, the potent vibes of this enthralling star Ruby encourage the feeling of self-assurance by attracting the vitalities of the cosmos. It too balances the Root chakra and draw love in life in addition to the love of the romantic mate. Read More

Strawberry Rutilated Quartz is basically used to find the solutions to the spiritual quests as well as serve as a reminder of a soul’s dependence on the nature and the mighty Sun. The energetic vibes of this quartz too cater the life-giving to your spiritual understanding. An influential stone, Strawberry Rutilated Quartz acts as an attractor and transformer to find the new states of existence. Red tones of this enthralling Rutile quartz empower the wearing soul and uplifts his constructive energies to lead a life in a peaceful manner. Read More

Beautiful Pink agate attunes the Universal Life Force and brings the power of love in life. Further, it is assessed to help the wearing individual to stay connected with the cleric. The natural birthstone of the masses born in the mid-autumn, it brings new romance in addition to the relationship. As a seeker and transformer, it transforms the life into a more desirable state. The intense pink and reddish hue of the stone contemplates to proffer the ray of determination and commitment. Read More

Tourmaline is used as a grounding stone and makes the secure and firm connection between the base chakra and the center of the Earth. It too provides an overall well-being by controlling the kinesthetic movement and feeling. Read More

Acknowledged as a crystal of protection and physical energy, it infuses the vitality in the inner soul of the person and make him physically and mentally active. Since ages known as a gemstone of the fire element, it is destructive if not used carefully. A guardian as well as a harmonizing gem nugget, it balances the energy of the person with the energies of the environment. 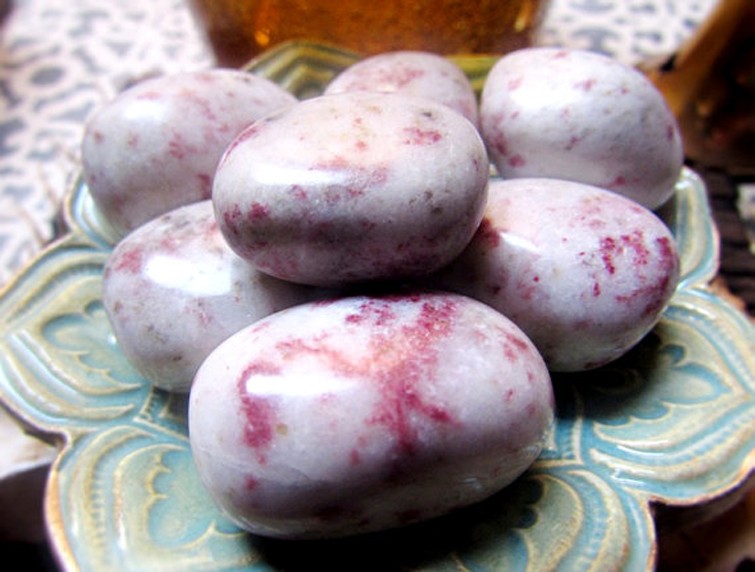 Thulite, a gem of the physical energy help the wearing person to stir up his overall torso as well as regenerate the positivity. The powers of this alluring gem heal the base chakra of the body along with the heart chakra and the solar plexus chakra. The activated chakra is conceived to cure the sentimental wounds gained from the past life circumstances. Read More

One of the powerful energy of Mookaite Jasper i.e. red energy is believed to stimulate the Base or Root Chakra, which is located at the base of the spine. The root chakra controls all the feelings and movements of all the energies in the body. Read More

8 Sleek Neck Pieces Collection You Should Not Miss

How Petalite Rough Gives Smoothness In Your Life ?