Chrome Diopside is known for its strong empowering eminence. It has splendid green color, which helps wearer of the gem to utilize the green energy rays. These rays in turn will help the wearer to make a heart based connection with the energy of the planet earth. It is too inclined to bond with the energies of the mother earth as well as to experience it. It is too believed to open the gates of spiritualism for the holder. It is a jewel which may vary in its hues from greenish to blackish-green or to pure black. Being creative in nature, it infuses the creativity in the holder’s lifespan. It leads to analytical and logical reasoning which further assist in learning the life experiences. It helps the holder to speak about his understanding from his inner heart with adore. Folklore articulates that it is supportive in mending the ordeal as well as clearing all the stressful circumstances from the life. Know to carry a feminine energy; it deals effectively with the troubles of aggression and obstinacy faced. Physically, it is alleged to treat the nuisances related to heart and the proper circulation of the blood. It is too acknowledged to restore the lungs, kidneys which in turn help the wearer to deal successfully with the torso weak spots, as well as muscle throbbing. It is further known to handle psychological disorders faced by the holder.

The green rays of this charming gem are known to be associated with the heart which in turn helps to unfold the heart chakra. It furthermore helps to activate the third eye chakra of the wearer’s torso.

Being a creative jewel piece, it activates the creative visualization which in the spell of the life helps to achieve the learning goals. For its mathematical and analytical abilities, it is highly recommended for students along with the surgeons. It likewise heals the emotional body of the carrier and brings an indulgent understanding of the carrier’s dual nature. It further helps the wearing individual to incorporate his both the sides as an absolute soul. It is thought to be of best aid throughout the convalescence from any illness. It is further said to hold the mysteries of the Universe, its green radiance encourages learning by infusing learning aptitude.  It is too considered cooperative for a teenage holder to learn quickly. The green tints of this jewel piece help the holder to easily assimilate the information. These energies too help the holder to cope with the mental or physical afflictions. It likewise deals efficiently with the eating disarrays, obsessive behavior, and dependencies. It is known to be found in different colors from green to bluish-green to yellowish-brown to black and also colorless.

Where is Chrome Diopside found?

Initially, Diopside was mined and found only in Russia. The majority of deposits at that time were also discovered in a remote region of Eastern Siberia known as Inaglie. Recently, various other locations have also been found where Diopside is mined, which are Pakistan, Italy, Uzbekistan, Tajikistan, Finland, India, Austria, Afghanistan, China, Madagascar, South Africa, New York, Sri Lanka and Myanmar.

The green energy of this lovely gem has a propensity to connect the wearer with the energy of the nature along with the mother earth. Its greenish rays tend to activate the heart chakra which in the spell holds up the emotions. It is moreover acknowledged to tender power to the woman who is wearing this beautiful jewel piece. The deep green hues are believed to create a gigantic association with the earth through the power of the heart chakra. It is known to transfer its pulsating vibrations throughout the torso. These soothing energies moreover are known to uplift and turn on the heart chakra (the fourth primary chakra), the sacral chakra (second Chakra) as well as the third eye chakra ("the sixth chakra) of the wearing person. By healing all these body chakras of the holder, it is known to align all of these. Chrome as a splendid stone is measured to be an excellent healing gem to heal the emotional state and body of the wearer. It is likewise believed to augment the ability to love self as well as others. Physically, it is best to cure heart troubles, weak lungs, muscular throbbing and spasms. Apart from this, it is also known to mend the hormonal problems effectively. Its black tints connect to the earth energies which provide the wearer its grounding qualities.

Physically, chrome Diopside has been known to heal the heart, circulation, weakness, lungs, muscle aches, kidneys, and spasms. It is also considered in treating psychological disorders, heart troubles, PMS, menopause, and respiratory issues. Diopside is used by healers to assist in regeneration after a surgery or physical trauma. Women experiencing menopause find it helpful in calming the emotions and physical changes. It is used as an aid in healing after a heart attack or other heart troubles. It has been used for regeneration to heal the lungs from damage caused by smoking. It supports and upholds the flawless health by purifying the restrained bodies.

It is generally known to be found in different colors from green to bluish-green to yellowish-brown to black and also colorless. The lovely energies of green to more or less colorless is known to remove the impediments in the path of love as well believed to be good to remove insecurities by maintaining a healthy kinship with a soul mate. It is too believed to trim down the feelings of solitude and separation. The black energy has a powerful grounding quality which helps the holder to connect his life with the earth’s core. It too helps to disperse out the feeling of infuriation, jealousy as well as doubts. It is further known to bring emotional permanence by infusing self-esteem in the holder. It too embraces the enriching vigour that brings liveliness and newness in the holder’s life by removing hardships, furthermore emotional soreness. The energies of this gem further helps to soothe emotional body by steering the holder toward inner concord. It too heartens the wearing individual to view life’s hardships as a growth prospects.

Its grounding energies help the wearer to take out those emotions which stop him to lead a happy life. The blue-green oomph’s of this stone are known to trigger the third eye chakra which in turn helps to establish contact with the higher realm. It has further given a title of best guide, which convincingly open the doors of the deep meditation and spiritualism. It too serves to balance the upsetting emotions furthermore situations of the life. As a stone of varied colors, it unfolds the highest aspect of the spiritual mind. It is likewise known to heighten the intuitive supremacy of the carrier which further helps to attune the spirit to the universal powers. It helps out the holder to explore his inner self in order to gain wisdom. As a high vibration jewel piece it tends to awake the heart energies which help to receive the power of love along with the liveliness, divine had to offer. Black hues of this charming gem are known to be ideal to maintain the connection with the earth.

We will update this section very soon, please stay tuned.

Chrome Diopside or Diopside is a transparent to the translucent variety of semi-precious stone, which is chromium-rich, and a gemstone and fine quality calcium magnesium silicate. Chrome Diopside is one of the atypical varieties of Diopside and belongs to the family of pyroxene minerals.

Chrome Diopside is basically an authoritatively recognized variety of Diopside. It is one of those gemstones, which are relatively new in the market. Even though being new, Diopside has made its own position in the world of mainstream gem trading because of the attributes that contain.

Diopside has a hardness of 5.5 - 6.5 on the Moh’s scale, which is an average one. The tenacity of this stone is brittle in nature. Chrome Diopside occurs with vitreous to dull lustre.

Chrome Diopside at a Glance

The attractive and bright forest green color of Diopside makes it one of the most famous gemstones. Other than green, there are varieties of colors in which one can find Diopside. The rich color palate of Diopside is because of the impurities that it contains. It includes colors, like rare violet-blue, black, pale black, yellowish-green, violet-blue, dark green and medium dark green.

Are You Familiar With Chrome Diopside Jewelry? 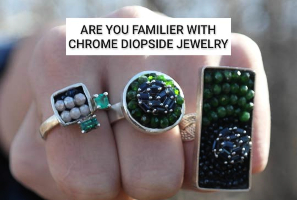 With the deep green color energy and virtuous luster, Chrome diopside has already won many hearts. It is a fairly new...

Fussed with your erratic emotions, See how to balance 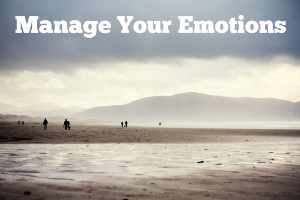 The energetic vibes of this enthralling chakra control what our emotional heart embrace and what...


Amy
Chrome Diopside…. Actually I am new to hear this name of a gemstone. However I have read the content above and find it interesting and helpful… Thanx Jewelexi…
Reply on 1/11/14

Jewelexi
Yeah Amy… you must be new to this charm but it is an exotic gem piece that is in demand since the past. It possesses wonderful healing properties that will be helpful for the wearer. There are many other talismans also you may go through and grab some unique facts.
Reply on 12/11/14

Jole
This is a perfect gemstone for Pisces people. I also want to take the advantage of the healing properties of this charm. Should I prefer it? I am Virgo, please suggest.
Reply on 22/11/14
Jewelexi
The gemstones should be worn suiting the birthstone or Zodiac. We will suggest you to talk to your astrologer for the same he will recommend you the best.
Reply on 29/11/14
Chole
hi...same condition is with me...JEwelexi is right...in this case astrologer will help us out...after that Jewelexi's turn...here we will get apt information of specific gemstone that we require...so...problem solved...what say???
Reply on 17/4/15
Jole
Thanks Chole..I will go through the gemstones information shared by Jewelexi...I also tried their new section "Ask Mitten". I posted my question on this page for free and got an apt reply from their expert..I want to thank Jewelexi and also congratulate them for such a nice job..!!
Reply on 14/5/15
Jewelexi
Hey Jole, Greeting!!
Thanks for your appreciation, this helps with a zealous motivation. You may try out our free service. Our experts will serve you the best. Any query related to Chrome Diopside or any other gemstone may be asked here with the healing issues.
Reply on 12/6/15

Isaiah
Chrome Diopside is excellent for emotional healing, as it enhances your ability to love yourself and others, as you improve your ability to both give and receive love.
Reply on 5/7/15

Johnf948
Hello my family member! I want to say that this article is amazing, great written and come with almost all significant infos. Id like to peer extra posts like this . aggfefdgcdkb
Reply on 8/11/16

laurena
The healing properties of chrome-diopside gemstone is just next to the awesome.
Reply on 19/11/19

fenny
Chrome-diopside looks so beautiful, its color seems like spreading shine in life. I love this.
Reply on 10/1/20