Color of Gems in Acrostic Jewelry, Speak Out your Endearment

Colorful puzzle, each gem with a unique meaning helps to build your relationship strong. Acrostic jewelry is similar to a poem that translates the every emotion of the wearing person as well as the feelings of the person who gifted the jewel piece. Each gemstone signifies the letter or the word that help to solve the conundrum. History of using this jewelry date back from the Victorian era and is too popular in the Edwardian phase. The ascent of the acrostic jewels in today’s time is like the cultural rebirth. Conveying out the feeling of love with the combination of precious nuggets seems austere in his century.

In the 21st century, Social Media rules the world though it is banal yet used to express affections or feelings. Acrostic jewelry, a rediscovery of the past holds the charisma that attracts multitudes towards it. It’s fascinating and riveting touch gives an impression of the secret love experienced in the adolescence. The purpose of wearing acrostic jewel ingrained with a clandestine message coded in the gems. The epithet of the each gemstone helps to decode the message as A stands for Amethyst and then along.

Acrostic jewelry came into existence in the 18th century. The idea of spelling out the messages with the help of gemstones was discovered or founded by the Jean-Baptiste Mellerio. The idea got quick acceptance in Paris, and French jewelry house Chaumet firsts create the acrostic bracelets to impress love mates. Chaumet fabricates its first range of acrostic bracelets to the Empress Joséphine and Marie-Louise in the Napoleonic era. The sparkling feeling of love is caught into these wristbands to show the intimate love of the partner. 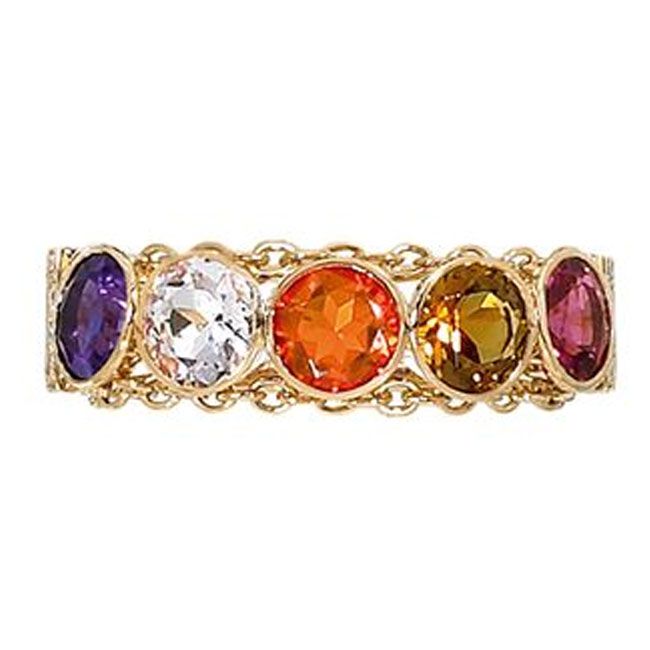 In the Victorian era, acrostic jewelry gains the gigantic popularity as Victorians are the aces who were well-thought-for keeping their romantic relationships and love. Victorians are too acknowledged for keeping secrecy that too holds the hidden connotations. 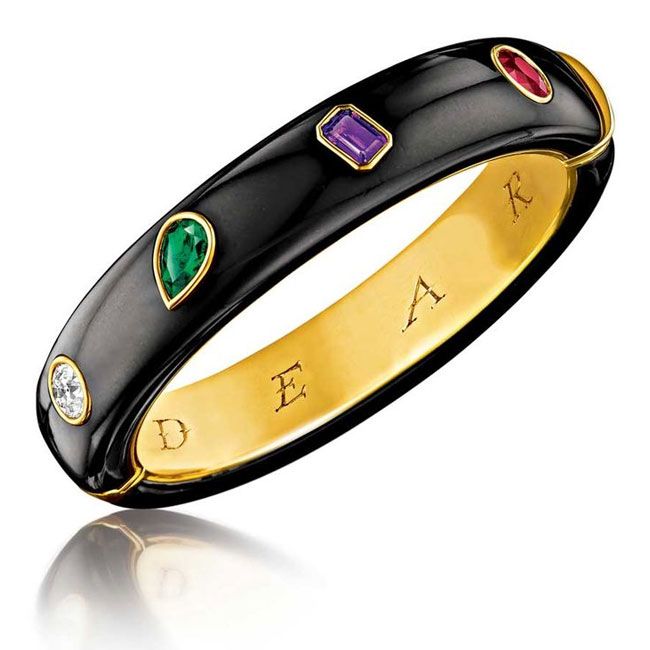 Aside from the bracelets, rings were too used and still in use, as they enfold the name of the wearer. The rings too clutch the words or phrases that delineate the meaning dear, beloved or dearest moreover amour. These words are limned in the gemstone parlance. The engagement rings worn at the time of the Victorian era depicts out the words like “regards” to express emotions. But they too carry the deeper meanings that are moreover more romantic in its early days of launch or the past.

Jewelry dating back to these eras may hold deeper, and intense meaning, as the names of the gems varies from country to country. Still the trend continues in the market and is tricky to decipher the hidden message due to the variation in names of the gem.

Today, jewelers use the color of the gemstone to communiqué the hidden word or phrase; it is executed to make the message more romantic moreover deep. The semblance of the gem symbolizes the letter that is not associated with the gem-like in Fire Opal, F will symbolize the letter. The gemstones used in an ornament are too known by the different names, for an instance garnet too contemplates as Vermeli.

Today, in the trendy world of jewels and their way of usage Acrostic jewelry too reveals the contemporary versions. In the latest fashion acrostic jewels are bejeweled with the love letters. Some big luxury houses use this method to make their offering more intense and valuable.

French Jeweler and Watch designer, Chaumet in its ABC collection too showcases its creation with the addition love letters. 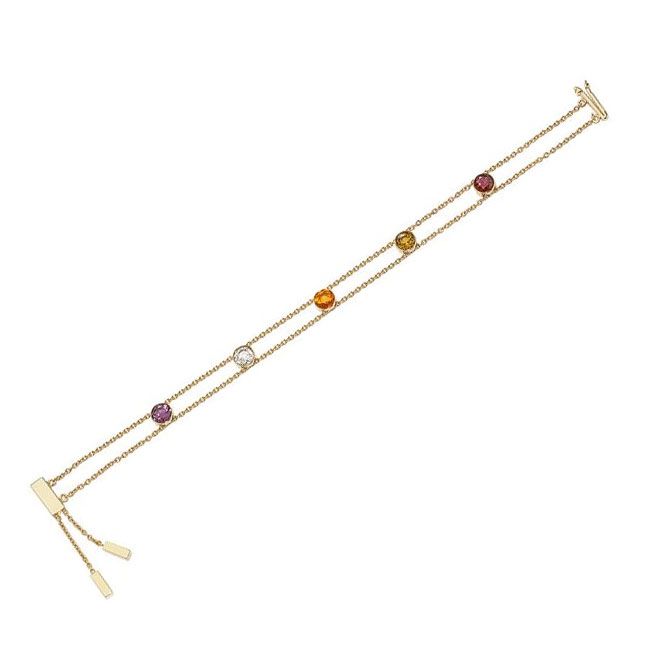 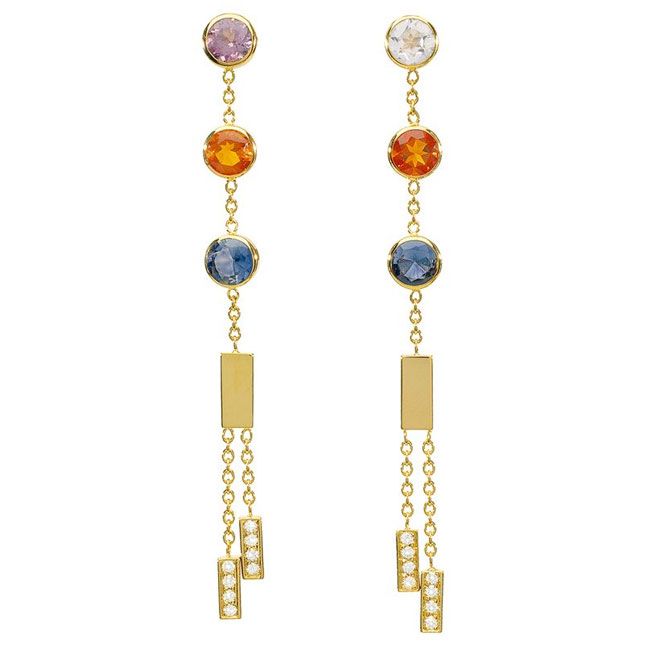 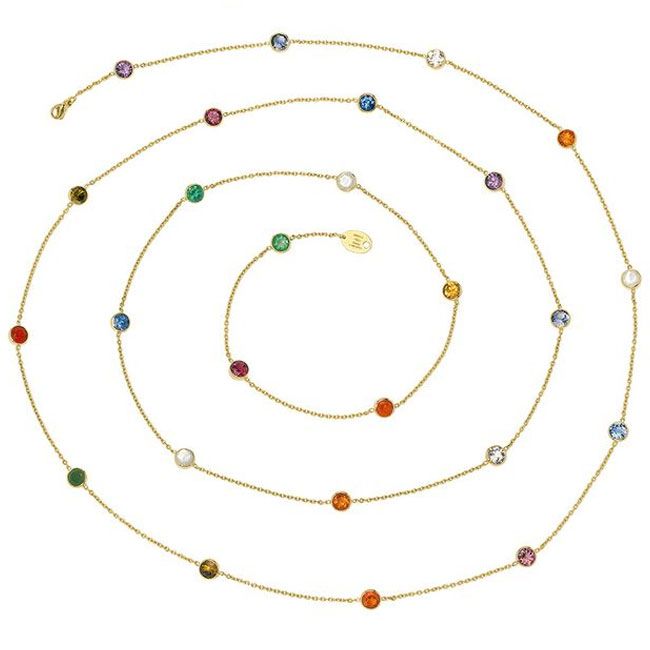 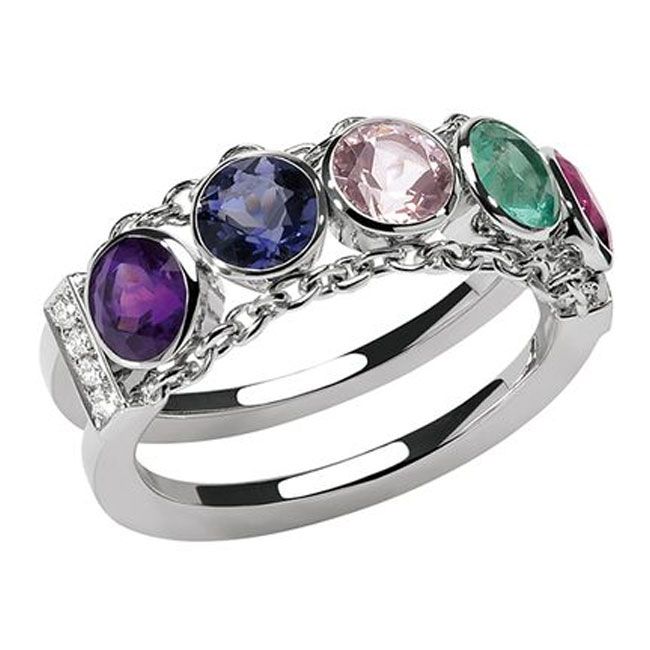 Jessica McCormack, a London jeweler, likewise uses the same in her Love Letters collection (as a bespoke service). 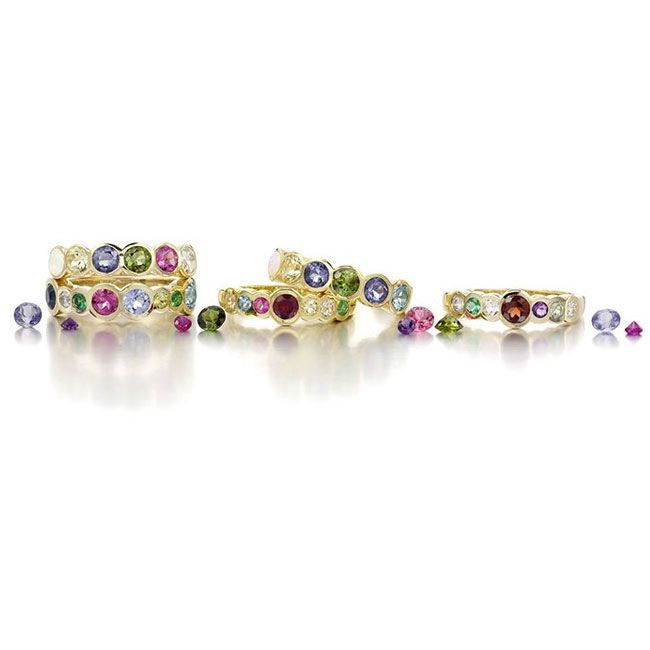 Verdura, a New York-based luxury house on the very occasion of the Valentine Day proffers a unique, signature style statement method of interpreting the acrostic jewelry. Verdura launches its collection as a Victorian sentimental jewelry in the silhouette of the D.E.A.R wristband piece. The bracelet was formerly fashioned by Duke Fulco DI Verdura in the mid of the 20th C. The use of Diamond stands for D, similarly Emerald for E, then Amethyst for A and Ruby for R.

Still the contemporary offerings can't winsome the unique essence of the antique acrostic jewelry. The craze of these love tokens cannot be ended as these beautiful gem dotted jewels help the lovers to express their sentiments in an attractive way. Wartski, an antique dealer, opens his valuable gems embedded gold bracelet for sale that depicts ‘Je t'adore’ means “I adore you”. 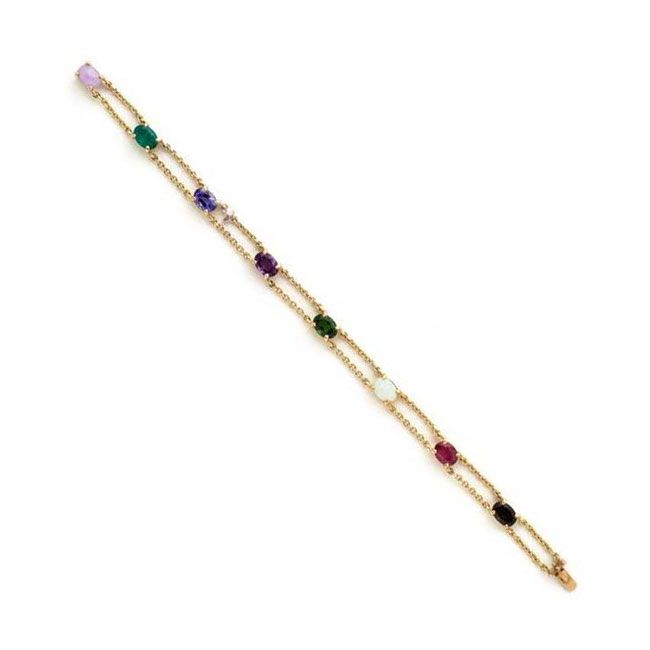 1stdibs, the world's leading online luxury house too holds an opulent gold ring of the Georgian era that declares "dearest". 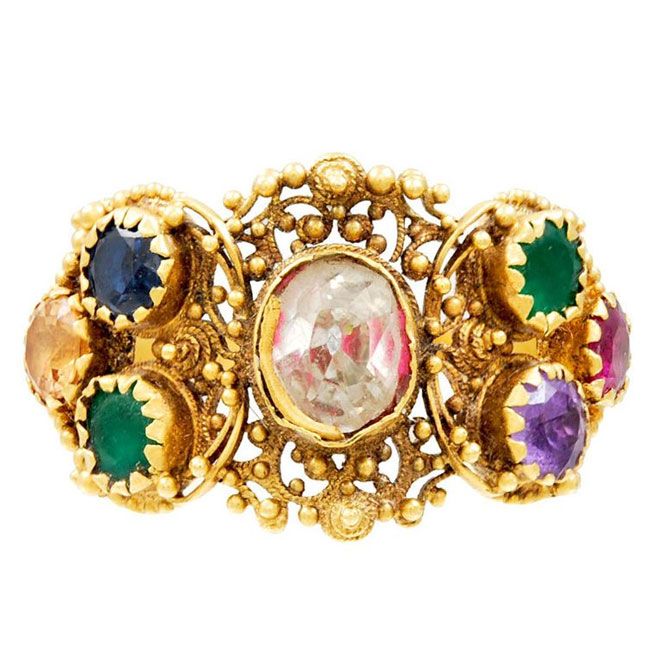 Bentley & Skinner, deluxe and ritzy jewelry store showcase the letter “regard" into an alluring beguile flower inscribed on a Georgian locket. 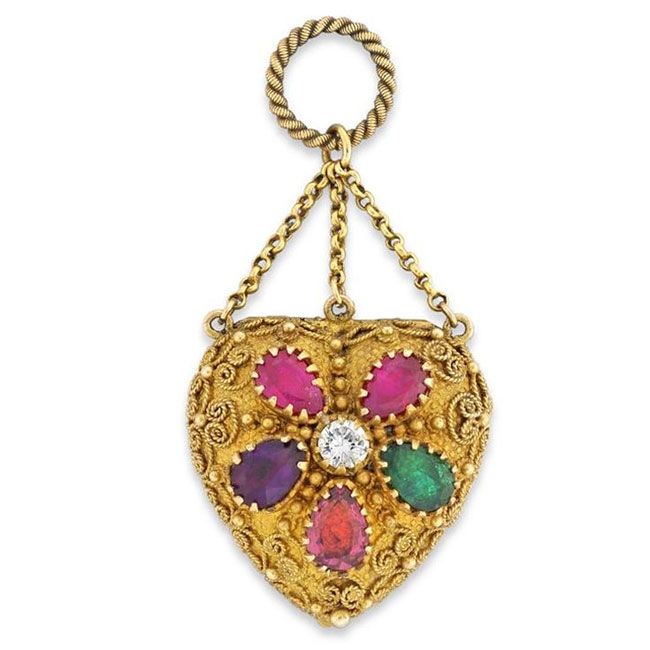 Berganza too showcases its skill in London's Hatton Garden, as the same letter “regard” similarly noticed at the gleaming ring of the late 19th century. 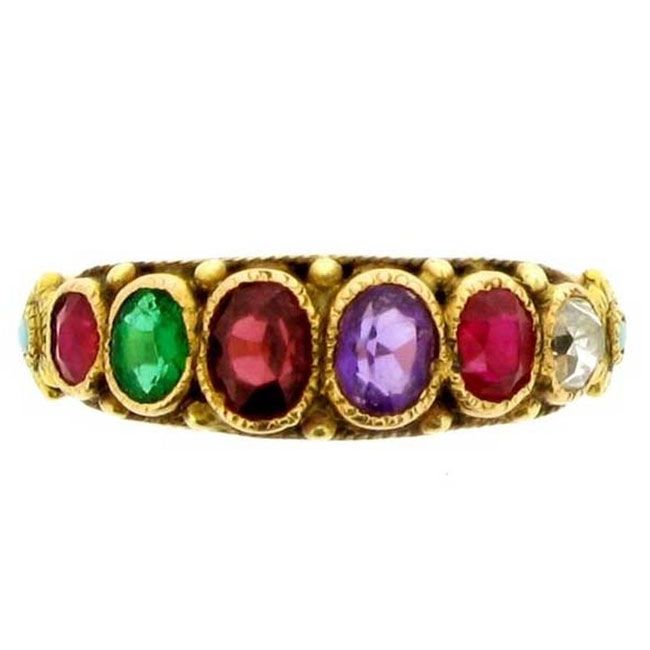 Regard Ring from Berganza

Siegelson, a U.S jeweler from the creations of his ring too exhibits the reinterpretation of the acrostic jewelry as well as a stick to the fashion ‘Art Deco’ of the 1920’s. 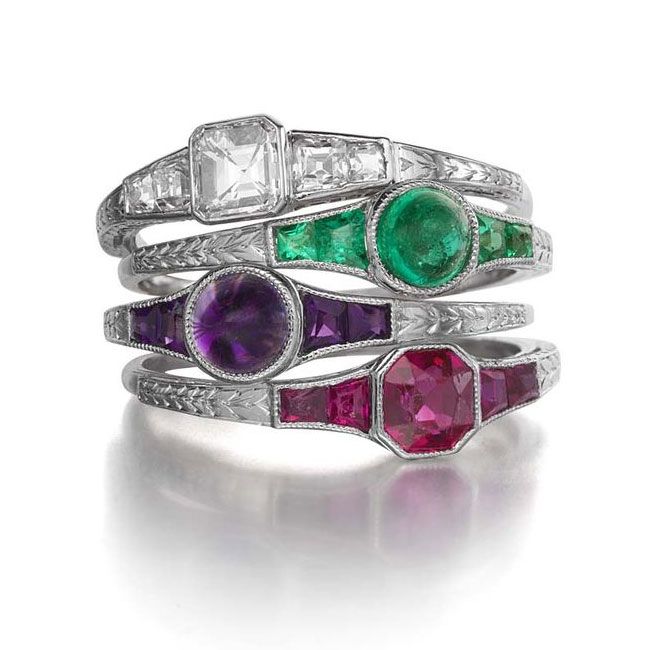 Acrostic jewelry enclosed with the love quotes is still speculated as the most romantic and innovative way to profess a deep love.

Shape up your Body using Gemstones

Styling Tips for the short height people to look taller

Don’t Miss Out on This Checklist Before You Buy Abalone