https://www.gemexi.com/jewelry-news/diamond/50m-diamond-robbery-compels19-to-face-trial
Gemexi Team
19 people who were involved in the robbery of $50M diamonds directly or indirectly have been enjoined to face tribulation. According to the AFP report stated on the 31st December 2015 people involved in the heist of 120 boxes of diamonds at Brussels Airport, in the year 2013 have been ordered to face trial. 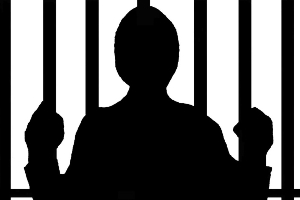 Nineteen people who had purloined the 120 boxes of diamonds of worth approx. $50M from the Brussels Airport, in February 2013 have been ordered to face trial as per the AFP report cited by the Belgian news agency Belga. The report says that the 9 suspects have been inculpated for the direct connection with the heist while others for hiding those diamonds. Further, the report too stated that out of 19 six are also involved in money laundering in the places like Belgium, Switzerland and Morocco. In the robbery that held in February 2013, portrays a picture of armed men pose like police and got the boxes of diamonds from the passenger plane. The whole robbery barely took 10 minutes and in this entire process, no shot was fired. People with machine guns were said to have pulled up in a vehicle along the runway at Brussels Airport where the steel-plated car had just unladen 120 boxes of diamonds of worth $50 million into an airplane about to take off for Zurich. Cops arrested more than 30 people in Belgium, France and Switzerland. A lot of jewels and cash has been retrieved. As per the report, an estate agent and his attorney were given two-year suspended sentences and fines by a Swiss court in the month of November for managing stolen goods.

After Stock-Buyback Program, SEE what Tiffany offers NEXT

Diamond sales, this holiday season bring a twinkle in a jeweler’s eye