https://www.gemexi.com/jewelry-news/diamond/egypt-queen-nazlis-necklace-auctioned-for-43m
Gemexi Team
Egypt Queen Nazli’s private belonging, platinum and diamond necklace was auctioned on December, 9th to benefit an unnamed charitable foundation. Van Cleef & Arpels, platinum and diamond necklace that is typeset with more than 600 round and baguette diamonds crafted in the Art Deco style in the year 1939 was sold for $4.3 million in New York on Wednesday. 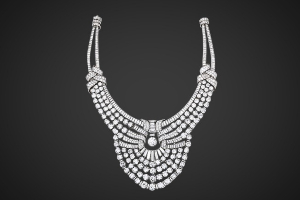 The Art Deco platinum and diamond necklace that is set with more than 600 round and baguette diamonds prearranged in a sunburst motif in the year 1939 was in the personal possession of the Egypt Queen collection until its sale on Dec. 9. The queen personalized the necklace along with the matching tiara for her daughter’s wedding pomp. Sotheby’s projected the price for this magnificent piece $4.6 million but was sold for $4.3 million in New York. Further, this proceeds will benefit an unnamed charitable foundation.  A platinum and diamond necklace worn by the Egyptian Queen was crafted by the Van Cleef & Arpels and was a significant jewel piece in  Magnificent Jewels sale held at Sotheby's Art Auction House, as was brought in a total of $52.2 million. Though this charismatic neck piece was not the center of attraction of the auction, as the highest of the auction was a 25.87-carat cushion-cut cabochon sapphire that was sold for $5.1 million. It is the platinum band that holds cushion-cut cabochon sapphire flanked by two bullet-cut diamonds. Following the Egyptian queen's necklace and sapphire ring were the pairs of diamond rings, the first was a 38.27-carat square emerald-cut diamond ring sold for more than $4 million and another one 26.44-carat emerald cut diamond ring sold for more than $2 million.

Know what inspires the Threadneedle Bar

Weston Beamor divulges the finalists of the design challenge

With a new line of bangles, Virtue London wins the show

GET, cost-FREE Diamond tiara on your wedding day 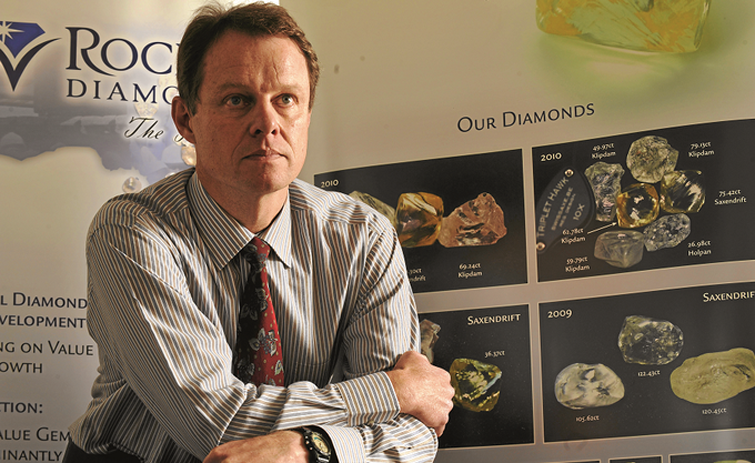