https://www.gemexi.com/jewelry-news/diamond/diamcor-sells-rough-diamonds-for-150-per-ct-in-3q-at-the-second-tender
Gemexi Team
Diamcor Mining Inc at a second tender in its third quarter sells the rough diamonds for $150 per carat. Diamcor sold 2,404 carats rough diamonds from its Krone-Endora at Venetia project in the third quarter at an average price of $150 per carat at its second bid. The miner from this sale earns $360,016 as revenue. 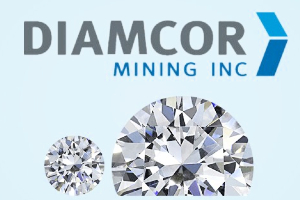 Diamcor Mining Inc. from its Krone-Endora at Venetia project that is situated in the South Africa sold 2,404 carats of the rough diamonds at an average price of $150 in the third quarter at its second tender. The miner receives $360,016 in earnings from the sale. According to the statement put forward by the company officials on December 18, 2015, the combined sales in the quarter suddenly move 95 percent upward to 9,469 carats. Further, the revenue escalated 78 percent to an evaluated $1.2 million compared with vending in the previous period. The median cost per carat dropped 9 percent to $127 compared with $140 in the second quarter, according to the market condition and far off from the company’s expectations. According to the company’s officials, the rough diamonds that are retrieved from the mining done from November 16 to December 31 will be recorded at the end of the year as inventory as opening stock in the profit and loss account of next year. Further, the officials too claimed that these recovered diamonds that are listed on Toronto’s TSX Venture Exchange are expected to be tendered in the year 2016 but before the end of March.

2015, an indelible year for Berkshire Hathaway’s

Have a LOOK at some 2016’s Heart fluttering Jewelry

AW15 struck with the capsule collection by Ternary London

At Ruby Auction, Gemfields attains an average price of $318 per ct

Silverburn is now closed, Know why?