A very popular gemstone, Axinite has gained fame and eminence due to its unusualness and rarity. The uncommon crystal structure of Axinite possesses a unique trait called as pleochroism. The stones having this property exhibit a kaleidoscope of colors when viewed from different angles depending upon the intensity of light. Axinite is one of those few gemstones which possess this quality.

Axinite is a stone that allows one to surrender benevolently to changes and grants grounding in all actions and activities. Axinite is also a stone of polarization, which represents its process of alignment of the physical energies with the energy of the whole universe. This enthralling crystal spreads such energies that stabilize all types of relationships, and it also inspires friendship.

Where is Axinite found?

This is not a common stone. The deposits of Axinite have been found in USA, Russia, France, Australia, and Mexico.

The beneficial properties of Axinite include:

Physical Healing : Axinite enhances the endurance level of the body and instils energy in a person. It is an excellent stone for those who experience fatigue, stress, inactivity, etc. it increases the stamina of the wearer so that he/she can carry on the work in a better way.

Axinite has been used previously as a spinal pain reliever and for treating muscle disorder.

Emotional Healing : The grounding properties of this excellent stone harmonize the emotions of the one who wears it. It has strong emotional healing powers with which controls the stages of over-stress and tension caused by emotional turmoil.

Spiritual Healing : Axinite is a stone that increases the access of the wearer to the spiritual plane. This crystal is believed to tame the restless and agitated mind; it expands one's consciousness from the mind of the soul. It lets the wearer understand and interpret his dreams by truly telling him its meaning and significance. Axinite crystal takes the person to the journey of astral bodies and minds everything that is going wrong in one’s life with affection.

Heals and Balances Chakra : Axinite is believed to heal and balance the root and the third eye chakra. The root chakra is the survival centre of the body, which is also the abode to the kundalini energy. The imbalance of root chakra enhances the issues, like inactivity, fatigue, and low energy. Axinite, being a vitality boosting stone, resolves such ailments.

Some facts about Axinite

Axinite is a typical group of calcium aluminum borate silicate minerals that infrequently transpires in the fine gemstones quality. The name 'Axinite' has been derived from a Greek word, which in English means 'axe'.

Axinite has moderately a good hardness on the Moh’s scale, ranging from 6.5 – 7.

Axinite at a Glance

The color of Axinite stone can contrast depending upon the composition of the stone, but most of the Axinites are available in a golden brown color. There are other varieties of Axinites also that are in different colors ranging from lavender to violet, and from brown to brownish-red. 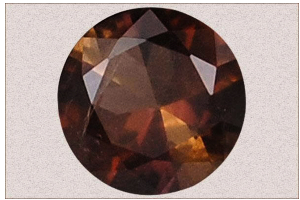 Axinite, an eminent gemstone has attained its eminence and fame because of its rarity and unusualness. The rare crystal...

Axinite, Known as a Stone of Truth 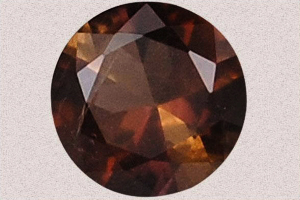 Axinite is a gemstone which permits its owner to accept the changes generously and grant the grounding in all the...


Wish
This is the best gemstone that helps in boosting up the process of healing. I also want to get benefitted from it. May I try it out? Suggest.
Reply on 6/11/14

Jewelexi
Yeah Wish… you may wear this gemstone and may also enjoy the properties associated with it. Before that you must be sure that your Zodiac is Gemini as it is beneficial for the people with the same Zodiac. You may also consult with your astrologer as he might suggest you an apt gemstone that will be suitable for you.
Reply on 19/11/14

Aban
Axinite is suitable for Gemini beings. I also belongs to the same Zodiac but I am little confused that I should go for it or not. This is because I have heard that we should wear gemstone suiting our horoscope or birthstone etc. this gem piece go with my Zodiac but still I need suggestion from you then only I will move further. So please suggest.
Reply on 27/11/14

Jewelexi
The gemstone is worn according to the suitability with the Zodiac. So, if this talisman matches your Zodiac then go for it. To avoid confusion you may ask for a suggestion from your astrologer.
Reply on 13/1/15

hugo
this is my birthstone.. i want to try it out.,.but there re many shades of it..i am getting confused..which one should i tune..help me out please..
Reply on 8/4/15
Jewelexi
You may try any of the shades of axinite...it will suit you...you may also ask your astrologer...he will make you free from confusion...
Reply on 16/4/15

Emma
I want to try Axinite gemstone as i have got impressed from its benefits as read above information. Help me with your suggestions.
Reply on 9/5/15
Thomson
Hey Emma, you can't take any gemstone casually as this is a sensitive matter. For this you should take the help of your astrologer. He will advise you what is right and what you should do. Apart from this you should also match all your needs with the features of Axinite gemstone. If these get harmonized then you may add positive points in its selection part. So, follow these steps these will work.
Reply on 8/6/15

Brianna
Axinite stone is excellent for meditation as they help to release thoughts that are hampering your progress.
Reply on 11/7/15

Matteo
Hello brianna. you're right. This stone really works on healing negativity of life and generating some good vibes.
Reply on 23/12/15

glany
hey! people. i want to share my problem with you all. i'm a sports lover and i like doing all those exercises which helps in making a good body but you know what i'm weak in stamina. and i want something to boost it. Axinite is a stone with this benefit but will it help me?
Reply on 30/12/15

muhammad siraj
kindly tell me what is the internatinoal rate of axinite .and 1 kilogram axinite cost is what.
Reply on 19/3/17

helen
I like your collection of gemstones which always push my mood to shop more with you.
Reply on 18/11/19

kimily
I like the way you cover every point about all the healing stones. It becomes easy to select the right stone.Thanks
Reply 1 week, 2 days ago