A rare beauty, Aqua quartz holds glistening rainbow luster to its colors. It is quartz not created through the natural process; it is the combination of quartz and gold to bring a new gem in the scenario. It carries the intense vigor and power that is trusted to augment communications of all sorts. It is further known to provoke the carrier to speak as well as visualize the truth. It is a magnificent jewel piece to use the ancient forces of alchemy along with synergy. Its grounding energies electrostatically bond the carrier with his inner self to experience his unique subtle energies. It is further believed to expand the consciousness that in spell serves to cure the physical and spiritual torso of its carrier. The high vibrations of this jewel help to institute in the energies of truth, which moreover serves to articulate self in a calm and loving way. The blue radiance of this rainbow color quartz helps to attract prosperity along with riches for its abounding qualities. It is best for the owner if he is trying to increase his psychic abilities as well as wakefulness. It is believed to be a stone to open the meditative state of the carrier to bring intense energy in the life. It is recognized for its strength, as it protects its carrier from the negative energies present in the aura. It is further believed to heal the distressing emotional situations and in turn bring in the highest good in life. It allows the carrier to balance the disturbing emotions, as recognized to be a potent healer. It is too beneficial to get rid of anger along with the feelings of heartache, stress. Its rainbow color energies help to cure the physical health problems relatively. The blue radiants are presumed to help out with throat issues, physical and mental stress related troubles, depression. It is a stone that is chiefly accommodating for spiritual healing. The bluish hue of this magnificent stone serves to ease the mood swings of its carrier. It further helps to attune the carrier’s spirit with the liveliness of the cleric.  It is believed to be helpful, to mend the distressful poignant or romantic dealings. The yellowish-green radiance of this rainbow colored crystal further helps to purge the blood as well as boost up the immune system. These radiants are too effective on the mental and emotional consistency. It tends to get the carriers torso in balance with the ringing aura. It is further believed to open the gateway of spiritualism for physic communication. The color of champagne in the rainbow of this quartz helps to ground energetic and psychological alertness in the body as well as puts the spiritual ideas of the carrier into practice. This champagne tint is further known to trigger the Sacral and Solar Plexus Chakras of the carrier’s torso. It is known to re-energize the lost interest and exuberance. The violet-golden hues remove restlessness and discontentment and bring in special moments of delight. It is an excellent aid to creativity. It helps the carrier to express self, confidently to the people around. The pearly gloss of this rainbow carries along an intense, active vigor that purify the aura and kindles balances in the chakras. It is too known to incorporate the spiritual light in the torso. It is likewise known to be a stone of romance and passion that in the life spells help to comfort the carrier’s relations. The vibrant colors of this quartz are believed to carry dynamic zest in a morbid life. The rosy red hues further help to uplift the subtle energies which, on the other hand, opens the heart chakra to bring soothing powers in the lifespan. It is further believed to bring in love, ardor as well as vitality that on the other hand help to trigger wisdom of the heart. It is too known to deal effectively with the survival concerns by cleanses the Base Chakra. It further contributes to transmute the negative emotions for spiritually heartening of the mental torso. It's sunshine impression inculcates the whole body with health and liveliness. It heartens hilarity by releasing the childish feelings.

Where is Aura Quartz found?

Aura Quartz is base along nearly every continent and every region of the globe.

Aura Quartz rainbow colored quartz is known to be good for healing the carrier’s physical torso. It is preeminent to put on at the time of pregnancy, as it is known to ease the delivery. It is further believed to unfold the doors of a cosmic realm. It is too known to shore up the carrier, in order to unlock new opportunities for growth prospects. It too has a propensity to effectively communicate the truth which ultimately leads to spiritualism. Being an ideal stone of love, it encourages self-esteem furthermore passion in a romantic kinship. The charisma of this magnificent quartz helps to bring the inner unique beauty out to add beautiful meaning to life. The sunshine radiance, serves its carrier to stay active in the stressful situations of the lifespan. It too encourages the carrier to look the positive aspect of every coin. It further helps to get over from the feelings of depression and fill in the feelings of gladness, elation. It is further acknowledged to perk up insight which unfolds the alleyway of intimate self which leads to cosmic consciousness. It too softens the negativity from the surrounding of the carriers. Piously, it amends the spiritual torso of its carrier as well as links him with the cosmic energy. It is also known to fade away the wall of negativity which has been made in the relationship due to other circumstances or due to mistakes.

Physical Healing : Aura quartz is considered to an energy amplifier as it is a gemstone that can quickly soak up, stock up, liberate as well as settle on the energies of the torso. For its magnificent qualities, it is counted as a precious crystal. Traditionally, it is believed to a higher vibration stone that can master healer for torso without any assertive efforts. It has the propensity to carry along energy of life force which in turn by cleaning the chest parts can enhance their productivity. It is further known to provoke the immune system that serves to bring the physical structure in equilibrium. It holds a tremendous vibration effect on the glands, which includes, thymus, pineal along with the thyroid. It is further known to transport the oxygenated blood throughout the physical structure as well as treat the affected liver, pancreas moreover spleen.

Emotional Healing : Aura quartz is thought to tender a serene, comforting upshot on the emotional torso. This gemstone was believed to soothe the atmosphere by evacuating the negativity from the surrounding aura. It helps the carrier to stay stress free as well as motivate him to handle the negative, adverse situations patiently. It is likewise known to attune the universe with the loving and positive energies. It is also believed to infuse the liveliness all around. It spreads out the natures covered beauty for its carrier to feel from the heart, which further serves to lift up the heart. It is too believed to uphold natural gratification as well as hopefulness.

Spiritual Healing : Aura quartz is farther believed to a stone for spiritual elevation, as it is a gem which with its remarkable powers of guidance leads to the opening out of the soul. For its sparkling clear true mending qualities, it is known to provide serenity along with peace during meditation. It is further believed to deepen the attunement of its carrier with the Divine which in turn helps to open the gateway to the angelic empire. It is traditionally believed to recall the past incarnation lessons which effectively help its carrier to move forward for cognisant channelling. It makes the trail of spiritual voyage easy which further allows inter-dimensional communications powerful.

Heals and Balances the Chakra : Aura Quartz, for its rainbow like variant colors is believed to activate the inner light of the torso. It is too believed to be a stone to carry grounding energies with it. The rainbow colors of this crystal tend to evoke all the chakras of its carriers torso. It triggers the light body furthermore ground it in the physical torso. Its vibrant colors provoke the vibrational energy which in the spell invokes the chakra to expand the consciousness as well as to reconcile it. It is farther believed to align and purify the entire physical structure. It helps the carrier, by balancing the whole torso in a way to stay stress free in the lifespan. It by clearing the blockages of the emotional, mental and physical torso, it makes the surrounding atmosphere clean, affectionate and beautiful to live in.

Aura Quartz at a Glance

Aura Quartz is thought to have the sparkling sheen of rainbow hues.  Despite the fact that, it is artificially augmented by modern methods, it is deliberated to employ the ancient supremacy. Unified coatings of rainbow color spring a sole spectrum of delicate but powerful energies that help its carrier to live stress-free life, a life of riches. Thought to found in yellowish-green, it is the variants of blue running from dark blue to light or sky blue, smoky golden, reddish blue, pearly white or cream, rainbow colors, rosy red to red and pink, bright yellow to orange. 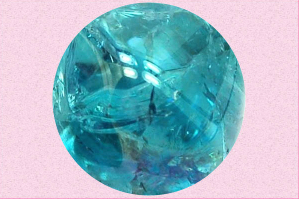 The clear quartz, Aqua Aura Quartz that offers a bluish color is due to the electrical involvement of gold. It is also... 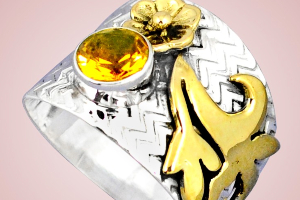 Solar Plexus Chakra holds the propensity to control the immune system of the overall torso along...

Rule over your absurdity, stupidity in some simple...

To symbolize the metal element, as well as its energy colors like silver, white and gray, are...


Hannah
Aura quartz is new gemstone as per my knowledge. It makes the person free from stress and this is how the person feel relaxed and will enjoy his life fully.
Reply on 8/6/15
Sara
yeah Hannah,

Auta Quartz is a beautiful gemstone which is quite nice with its various healing properties. You may try it if you find apt for you.
Reply on 25/6/15

zeus
Aura quartz is a very beautiful stone.. it aids immune system and liver diseases.. i really like this stone and would also suggest others to wear it.
Reply on 3/9/15

samuel
These rainbow colors are continuously compelling me to buy this stone. I really wish my astrologer approves me for this.
Reply on 3/4/18

olive
Thank you for sharing such a valuable piece of information.
Reply on 1/7/19

karylton
The healing properties of this stone are so much beneficial!
Reply on 20/8/19

Paul
Your jewelry is so eye-catching. I will surely buy it within some days.
Reply on 3/10/19